This is only Student Grievance Help line number.

Phone lines will be open from Monday to Saturday between 10am-5pm only. 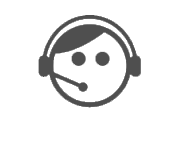 Important Instructions for STUDENTS, while doing the Google Meet session:

• Please be ready 5 mins before the scheduled class.
• Keep your mobiles on silent if kept near your laptop / tablet.

* You must have your notebook/register, book and pen near you.
• Take the session seriously and follow instructions given by the teacher.
• Mute your camera and mic and switch on only if you have a question by seeking permission from the teacher.
• Use a chat window to post your questions.
• Students should hang up once the session finishes.
• Parents should avoid interruption in between and allow the child to handle the session, in
case of any query /issue post on the chat window.

* Any student found misbehaving online, strict disciplinary action will be taken against the student.

Sarahah App: The new threat on the Cyber Horizon

Sarahah app's craze is continuing unabated. From teens to youngsters everyone seems to be hooked to it. The app is reportedly among the “Most Downloaded Apps” both on Apple's App Store and Google's Play Store. Though the app, which means 'honesty' in Arabic may have all the right intentions, however it surely is not being used with all honesty. Several users have reported of receiving harassing messages on the app.

This app is an anonymous app, meaning that you will not get to know who is sending you messages. One can send text messages to anyone, without revealing his or her identity. You cannot reply to the messages you receive on this app.

For those who do not wish to receive messages from a certain person, this app provides an option to block them. Once a contact is blocked, their message will also disappear from your account. But, it will not tell that person that he/she has been blocked. Also, this is an irreversible action.

The Sarahah App does not have an option to delete your account. If you go to Settings, it only gives you an option to Logout. The account can only be deleted from the app’s website.

The curiosity to know who exactly is sending you a particular message, has led to a scam that is being circulated on this app. Many websites like “www.sarahahexposed.com” claim to reveal the sender’s identity. However these websites are fake, aimed at making money.

There is no age verification in the app. Instead of giving constructive criticism, many teens are using the app for cyberbullying.

Parents have been warned against the app. It is being quoted as "The newest platform for cyber bullying".

It’s time to wake up, Cyber Bullying is real!

A HANDOUT TO PARENTS BY PINNACLE CLUB

The digital world is instant and everywhere. That is why it is important to be cybersmart. Understanding the consequences of online actions, knowing what to do if things go wrong and understanding online security can make the online experience of our children safer and more enjoyable.

The Cyber Crime Cell of Delhi Police organizes workshops on 'Cyber Safety Awareness' in schools across Delhi. The workshop aims to share and to familiarize the teachers about a standardized cyber safety awareness module that has been prepared by the Cyber Cell of Economic Offences Wing of Delhi Police. It has been observed that school going children are more vulnerable to cyber offences due to their inquisitiveness, curiosity and inadequate awareness about online threats and safe online habits.

Here are a few tips for parents presented by Cyber Crime Cell, Delhi Police to help them in sensitizing school going teenagers about cybercrime and how to be cyber smart.

Do not replace physical parental supervision of computer used at home with any safe search engine or any other tool. No search filtering software or tool is perfect.

Educate yourself also on social media safety and have open discussions with teens about present dangers and long term effects of inappropriate conduct, including posting pictures/videos online.

Keep the computer in an open area. Make a rule that doors are always left open when kids are online.

Advise your children to immediately exit any site that makes them feel uncomfortable or worried.

Parents should keep a track of persons with whom their children are talking to and which sites they are browsing. This is NOT invading their privacy at all, rather it is parenting in the digital space.

If you find inappropriate content about your child on the internet, please contact the service provider concerned and/or Police as soon as possible.

Majority of children would not like to tell their parents if they are bullied or harassed online for fear that they will lose internet access. Make sure that your children understand that they will not get into trouble if they tell you about a problem.

Children under 13 ARE NOT ALLOWED on Facebook, Instagram, SnapChat, iTunes and many more. Don’t support your child to break the rules as they are not the only one without these accounts.

Explain it to your child that all Social Networking Profiles MUST BE SET TO PRIVATE. Use all the security settings available to make the site as safe as possible.

Do not let young children browse ‘Google’ aimlessly with no supervision. Children need to be taught about search engines and how they work.

Don't allow your child to use Apps like Snap Chat that immediately delete the posts. Apps prevent you from monitoring the child's online experience and you may never know what he is being subjected to.

If you notice a sudden change in your child's behavior, do check, among other things, his online activity on Facebook, Whatsapp etc.

WHAT IS BLUE WHALE

A HANDOUT TO PARENTS BY PINNACLE CLUB

WHAT IS BLUE WHALE?

A teenage boy comes across a link online, where he is given one challenge after the other. He accomplishes every task and keeps on moving to the subsequent levels. The final and concluding challenge asks him to commit suicide. He clicks himself on top of a building and jumps. The police claim that this is what led to the death of the 14-year-old Mumbai boy. This is the first death in India, which is being linked to the infamous Blue Whale challenge

Many children have been prey to the suicide game.

Concerned over children being prodded to commit suicide on the Blue Whale Challenge game, the government has directed top internet platforms - Google, Facebook, WhatsApp, Instagram, Microsoft and Yahoo - to immediately remove the links to the notorious online game. The electronics and IT ministry has asked the companies to "ensure" that any link leading to the "deadly game" is immediately taken down.

Expressing concern over availability of such deadly games on the internet, the ministry's note said, "It is understood that an administrator of the game uses social media platform to invite /incite children to play this game, which may eventually lead them to take extreme steps for self-inflicting injuries including suicide".

The menace was also flagged off by other sections of the government. Union minister Maneka Gandhi had also written to home and IT ministers, asking them to remove the game from social media.

WHAT IS BLUE WHALE PDF